David Cameron and the coalition are having a bit of a bad time. Last week the UN’s Special Rapporteur, Raquel Rolnik, called for the abolition of the ‘bedroom tax’ saying:

“I was very shocked to hear how people really feel abused in their human rights by this decision and why – being so vulnerable – they should pay for the cost of the economic downturn, which was brought about by the financial crisis.

“People in testimonies were crying, saying ‘I have nowhere to go’, ‘I will commit suicide'”.

The Conservative Party (NOT the government) responded by flooding the media with misrepresentations about Ms Rolnik’s “agenda” and took the low road by playing up the Daily Mail’s accusation that she was a “loon”; all of which have been comprehensively debunked.

Today Cameron is faced with having his plan to prevent migrants from being able to claim state benefits, so-called “benefit tourism”, called in to question by the House of Lords Committee charged with oversight of UK government EU policy and by the European Commission.  It should be no surprise to readers of this blog that the problem Cameron faces is a near total absence of evidence to support his claim that benefit tourism is in fact a real problem in the UK. 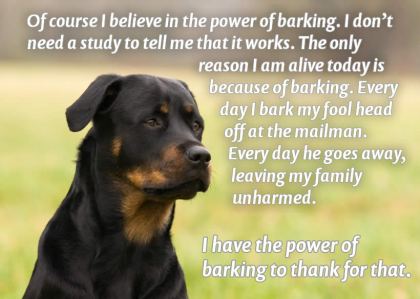 Cameron’s attempt to undermine the principle of free movement within the EU’s labour market by using our media fuelled fear of immigrants is criticised by the EU, the Centre for Economics and Business Research, the international headhunting firm Harvey Nash and  the Lords, who have, according to the Observer, said that:

“despite several requests the government has failed to offer anything more than anecdotal claims to back its assertion that “social benefit tourism” is a real problem”.

In a statement to the Observer, the European commissioner for employment and social affairs, László Andor, also said that the UK was not proving its arguments with evidence. “It is important that policy on labour migration within the EU is based on facts rather than gut feelings or perceptions,” he said. “If there are indeed substantial problems, the commission would of course be willing to consider how best to address them. We have not received any substantive data so far.”

“….a joint report by the CEBR and global recruitment consultancy Harvey Nash has concluded that any measures to restrict freedom of movement to the UK from other parts of the EU would have a devastating effect on the British economy, because EU citizens are more likely to be in work and are more productive than British-born workers. The report says that curbing immigration from other parts of the EU could cost the UK £60bn in lost GDP (2% in real terms) by 2050…..

According to the CEBR/Harvey Nash report, immigrant workers are more likely to be in work (63%) than UK-born citizens (56.2%) and are more economically active. It says British businesses rely heavily on immigrant workers. Between 2003 and 2013, the number of non-British EU-born citizens employed in the UK went up from 762,000 to 1,647,000.”

Cameron’s evidence free ideological policy making on immigration is underpinned by the UKIP dog whistle but even parliament is starting to ask “Where’s the beef?”.

2 thoughts on “Evidence not ideology: benefit tourism the problem only fruit loops and Tories can see”