The Conservative party often looks to the US (and especially the Republican party) for ideas about how to drag Britain back to its 19th century glory days. For example, over the years they have brought us (or have tried to bring us) Reaganomics aka “trickle-down economics” the idea that when the rich pay less tax the crumbs that fall from their gluttonous table will feed the rest of us, smaller government at any cost, a privately run health care system, replacing our state funded social safety net with philanthropy from the rich, the cult of the ‘free’ individual consumer rather than a society and, of course, workfare.

To comply with copyright restrictions in order to watch the clip you need to type or copy and paste the password: imincorrigible

When we look to America today the results of their policies are painfully clear for all to see.  Mass poverty, unconscionable levels of homelessness, tens of millions of uninsured poor people unable to get access to basic health services, charitably funded food banks as part of the accepted landscape, low and stagnating average pay levels and periodic but regular periods of sustained  mass unemployment.  Many of these problems are founded in the deep and widening wealth and social inequalities present in the US version of capitalism and the distinct ideological legacy of Ronald Reagan’s presidency which parallel the Thatcherite revolution in the UK. 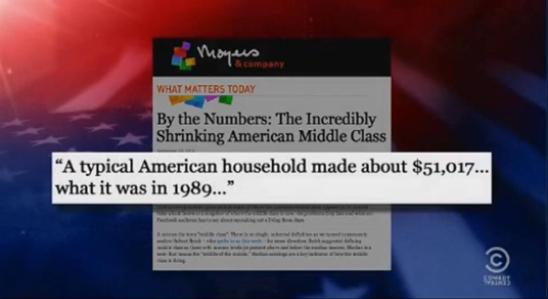 Earlier this year many of us were shocked to discover that unemployment in the UK is so extreme that a coffee shop in Nottingham had received 1,700 applications for 8 barista positions that had been advertised.  Shocking as that might seem to us, it is still a long way from the 23,000 applications that Wal-Mart received for the 600 retail ‘shelf-stacking’ vacancies that they have on offer in the US.  But hey, why should we care about the shirkers; at worst, the unemployed and those on poverty wages have “ample leisure time” and  who would not want to spend 12 hours a day ‘consuming’ more and more TV?

In 1985 Ronald Reagan made his famous “you ain’t seen nothing yet” speech to the American nation.  At the time he was on the eve of being re-elected for the second term of his presidency and his core policies of de-regulation, especially in the financial markets, and tax cuts for the rich were largely implemented by the time he left office four years later. Almost immediately real average wage growth ceased in the US (stalling in the UK a few years later) and there are no signs that will change in the foreseeable future.  These policies are a significant cause of the  of the economic disaster that industrialised economies are still living through today but no mainstream political party in the UK or the US is promoting anything other than more of the same.

Governments in the UK, US and Western Europe are all talking-up the prospects of an economic ‘recovery’.  But what is an economic recovery?  In the last 30 years it’s been nothing more than a direct path to the next huge economic bust with a few bankers, politicians and their friends enriching themselves as the economy tailspins into the next disaster.  There is no such thing as economic recovery whilst we remain in a cycle of increasingly extreme booms and busts.

A fundamental change in philosophy is required. That change needs to start from the ground up.  It needs to start with the people.  There was a time in Britain when we judged a person by the strength of their character rather than by the size of their wallet.  We need to return to that way of thinking.

Above all it is time to stop promoting the pernicious, unfettered greed of the individual at the expense of the betterment of society as a whole.