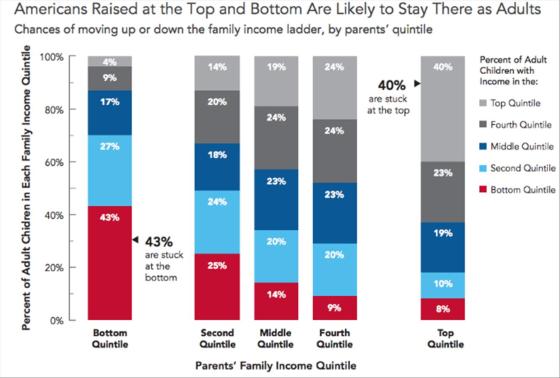 It is said that what happens in the US happens in the UK shortly afterwards. This clip of the Daily Show was broadcast in August 2011 and touches on many of the same arguments used by the Conservative Party in the UK to justify a form of austerity that attacks the incomes and the dignity of the weakest and the poorest in society whilst claiming that the government has “no choice” in the matter. And anyway, the “poor” are just moochers who can’t really be poor if they have a flat screen TV, refrigerator, mobile phone and a microwave oven….

To watch the clip you need to type or copy and paste the password: imincorrigible

The irrationality, particularly as espoused by the Tea Party and Fox News, that surrounds the philosophical and economic argument of the right in the United States is quite extraordinary and seems, to my mind, extreme; yet these US caricatures are now broadly what the British public believe to be a fair assessment of the UK’s socio-economic landscape. The accusations and the diatribe spewed out several times a week in the Daily Mail and from Fox News’ UK News Corporation stable mates (The Sun, The Times and The Sunday Times)  and others has come to be seen as the truth – the rich are the ‘producers’, the ‘makers’ and the ‘workers’ (no irony there) and the poor are the ‘scroungers’, the ‘takers’ and the ‘shirkers’ although few have gone as far as Ann Coulter whom, amongst a number of vile opinions she holds, also thinks that the poor are “utterly irresponsible animals“.

It is these pervasive attitudes that simply will not countenance the possibility that ever widening and entrenched gap between the über wealthy and the rest of society represents one of the worst possible outcomes on almost every level.  This  new plutocracy under which most of the population of the industrialised world now lives is destroying the cohesive social fabric that once bound nations together as a people.

Chrystia Freeland, Managing Director and Editor of Consumer News at Thomson Reuters, has studied our Plutocratic overlords in her book Plutocrats: The Rise of the New Global Super-Rich and the Fall of Everyone Else.

“She argues that technology and globalisation are creating winner-take-all superstars in many sectors who join a cosy, conformist bubble……..Freeland highlights the danger when a small, self-serving and self-satisfied group dominate public discourse, then seek a system tilted even more in their favour. “I think the ultra-wealthy actually have an insufficient influence,” says one billionaire Republican donor. Another says taxes should be virtually abolished, arguing that the government should pay the likes of Bill Gates and Steve Jobs for their contributions to society. “It’s that top 1% that probably contributes more to making the world a better place than the 99%,” he concludes outrageously.” (Ian Birrel, The Observer Book Review)

The plutocrats and everyone else should recognise that they didn’t build their businesses on their own:

Any suggestion of a narrative that sees a better quality of life for all through less extreme income and wealth inequality (as convincingly demonstrated in The Spirit Level: Why More Equal Societies Almost Always Do Better by Richard Wilkinson and Kate Pickett) for example is shut down with the accusation that the proposer must be a “socialist” engaged in “class warfare” – even when the proposer happens to be stock market investor and Forbes’ 4th richest billionaire in the world (net worth US$54bn) Warren Buffett!

We are not America. It doesn’t have to be that way.