On Sunday, Simon Danczuk alleged that an unnamed MP had approached him “from the shadows” before Danczuk gave evidence to the home affairs committee into child abuse. Danczuk claims that the MP suggested that he withhold evidence, specifically any names, from the hearing.

The shadowy minister concerned has been identified as Conservative MP and former Solicitor General Edward Garnier.  Garnier has been highly visible in the media in recent days ‘counselling’ against a rush to judgement and broadly expressing the view that the MP’s child abuse scandal is being over played in the media.

And they say that there is no need for a full public inquiry…. 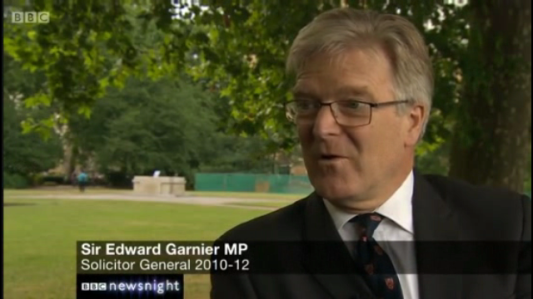 Please vote in the poll on my original post.