The recent publication of the Department of Justice report into racism in the Ferguson police force and Fox News’ ridiculously partisan reporting of it reminded me of Jon Stewart and Stephen Colbert’s assessment of the Fox take on the riots that ensued following the the failure of the grand jury to indict the killer of Michael Brown.

Jon Stewart goes after Fox News for its coverage of the unrest in Ferguson, Mo., after a grand jury decided not to indict officer Darren Wilson in the shooting death of Michael Brown. According to Fox News, the unrest wasn’t sparked by injustice and it had nothing to do with civil rights. Instead, the network blamed “racial arsonists.”

“Be honest, my friend: Are those the three people responsible or did you just name the only three black guys you could think of?” Stewart asked.

That’s when Stewart turned it around on Fox News, playing a series of clips of its hosts engaging in some “racial arson” of their own. 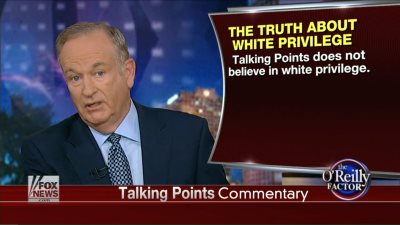 Original video © Comedy Central
Correction: Music by U2 – Pride (In The Name Of Love)