“Right now, when they’re not willing to bring Kincora into [the Westminster child abuse inquiry] the message it sends to me is that there has been some sort of cover-up….and there has been.  I need to know that I can have faith in our government” Richard Kerr told Channel 4 News earlier this month.

The moving interview that Kerr gave to Channel 4 News reveals some of the grim and disturbing details of how children were shipped from children’s homes around Britain and Northern Ireland in order to satisfy the grotesque and depraved sexual desires of a powerful elite that included MPs, members of the military intelligence services, the judiciary and the police.

Warning: This video contains graphic descriptions that may upset or disturb some viewers

“A victim of the child sexual abuse carried out at Kincora Boys’ Home in Belfast has claimed he was also abused by “very powerful people” at Elm Guest House and Dolphin Square in London, suggesting a connection between the three locations linked to VIP paedophile rings for the first time.

Richard Kerr, who was abused at the boys’ home in Northern Ireland in the 1970s, told Channel4News that there was “no question” of a paedophile ring operating at the time and that he was abused in London by “men who had control and power over others”.

Kerr said he and two other boys were singled out to be trafficked to London in 1977. Both boys have since taken their own lives, he told the broadcaster.

Kerr claims he was abused at Elm Guest House in Barnes, where he was “tied up” with his hands behind his back and photographed in the presence of a group of men.

The site of the Elm Guest House in Barnes, London
Image credit: telegraph.co.uk

Elm Guest House is the site at the centre of Operation Fernbridge, Scotland Yard’s investigation into the alleged historic sexual abuse of children in care by a VIP paedophile ring of prominent individuals that allegedly included Conservative politicians during the late 1970s and 1980s.

Kerr also alleges he was taken to Dolphin Square at the time, the London apartment block frequented by MPs, where he says he was fed brandy and abused by one man.

The Metropolitan police is currently investigating the alleged murders of three young boys by a VIP paedophile ring at Dolphin Square after a man named “Nick,” whom officers described as a “credible witness,” came forward to detail abuse he allegedly suffered on the site at the hands of a Conservative politician, and his claim to have witnessed of one of the boys’ deaths.

Kerr said he feels he is “still in some fear,” over his situation, and said that while the current government is “not willing to bring Kincora into Westminster,” it send a message that “there is some kind over cover up”. 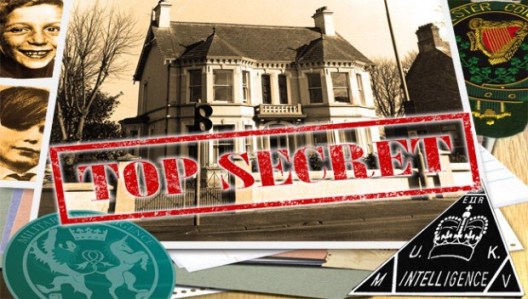 Kincora is currently the subject of an inquiry into historical institutional abuse in Northern Ireland, but it was excluded from the UK-wide inquiry into VIP paedophile rings being run by Westminster.

Allegations have been levied that abuse at the home was covered up because police and British security services were using the residence to blackmail people.

Former residents at the home were last month granted permission to challenge the decision to exclude the abuse at Kincora from the Westminster-led inquiry, which is now being headed up by judge Lowell Goddard from New Zealand.”