Given the confusion surrounding the value of providing a fully rounded sex education to children and the embarrassment that many adults feel about even discussing the subject with each other, let alone a group of giggling teenagers, it is hardly surprising that British kids remain among the least well-informed about sexual issues in Europe.

Last February, a Commons Education Committee inquiry reported that all state primary and secondary schools in England should have to teach sex-and-relationships education (SRE). The Committee’s chairman Graham Stuart MP said “young people have a right to information that will keep them safe”.  Despite this laudable aim and the then coalition government saying it would consider the findings carefully, we have yet to hear any policy announcements that address this important issue.

In 2013, Ofsted reported that SRE required improvement in 40% of schools a situation that MPs said: “would not be tolerated in other subjects, and yet the government’s strategy for improving [SRE] is weak. There is mismatch between the priority that ministers claim they give to [SRE] and the steps taken to improve its delivery in schools,” they added. In particular, they said, there was a lack of clarity on the status of the subject.”

The committee concluded that the subject should be given statutory status a view that was supported by a wide-ranging report from the Office of the Children’s Commissioner. Deputy Commissioner Sue Berelowitz said “age-appropriate relationships and sex education” should be made a statutory part of the school curriculum.

It said academies and free schools (about half of schools) were not bound by the national curriculum, though all schools must have regard to government guidance from 2000 if they teach the subject. The current position meant the relationships aspect of the subject may be particularly squeezed, the report said. The committee said the subject’s lack of statutory status meant it was too often sidelined, with teachers denied continuous professional training.

Mr Stuart said there was overwhelming demand from teachers, parents and young people for SRE to become compulsory. “SRE forms an important part of any school’s efforts to safeguard young people from abuse and is particularly needed to protect the most vulnerable children,” he said.”

Despite broad agreement by experts in education, criminology and child care that sex education is a vital part of keeping young children safe some religious and conservative pressure groups are strongly opposed to allowing the state to educate their children on the “facts of life” and how to stay safe from sexual abusers, STD’s and to avoid teenage pregnancy. Disappointingly, as with Creationism, the government continues to allow independent, religious and free schools to opt-out of the state approved sex education syllabus in favour of their own ideologically skewed and in the view of many, dangerous, teachings. 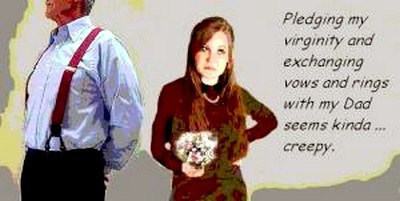 It is with this somewhat ambivalent background that the BBC’s Sunday Morning Live included a ‘debate’ entitled “Should toddlers be taught about sex?”

Notably the show which prides itself on addressing the important moral and ethical issues of the day, comprehensively failed to even mention single parent families and LGBT issues as having any bearing on the debate or to consider the idea of asking the children what they would like to know.

Whatever your religious or social outlook, a failure to educate young children in an age-appropriate way about sexual and relationship matters will all but guarantee that they will continue to be abused, unnecessarily contract and disseminate STD’s and be blighted by unwanted teenage pregnancies in their thousands for years to come.

To get some idea of how children feel about the failure of government to provide properly informative sex education in the classroom here is The Daily Show‘s Jordan Klepper interviewing anti sex-education advocate Susan Patton aka the “Princeton Mom” and a group of local teenagers about the lack of sex education in Las Vegas schools where Patton recommends parental or pastoral guidance and abstinence as the preferable alternative.

Let’s not allow the likes of Fiona Bruce MP and her band of Christian Fundamentalist anti-science and anti-progress fruitloops to repeat the errors of Las Vegas and damage our kids any further.