As David Cameron’s so-called EU renegotiation rumbles along, under the pressure of a push for a June poll, there has been a notable absence of impartial evidence about the pros and cons of the UK remaining in the EU. This is quite odd given that we are now being treated to a daily dose of “he said, she said” style bilateral shouting fests on broadcast news and political programmes. 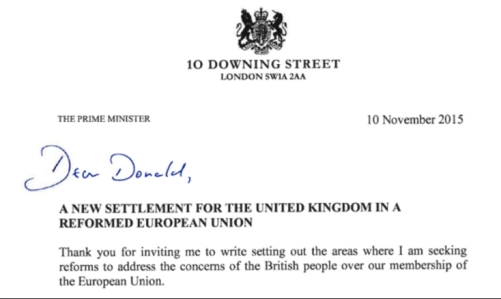 The paucity of the public’s knowledge of facts about this issue is quite shocking. As you listen to callers to James O’Brien’s LBC daytime show, ask yourself if you believe Britain is, or will ever be, anywhere near ready to make an informed decision about our membership of the European Union within the next few months?

“Everyone is entitled to his own opinion, but not to his own facts”
Senator Daniel Patrick Moynihan

Note: the following is from an earlier blog post and more recent data is available, however, much of what is contained in the Regent’s report remains valid as of today.

If you would like to acquaint yourself with some facts about the EU rather than the dishonest claims of UKIP and the vehemently pro-EU lobby you should download the Regents report.  If you want to have an opinion on the EU debate (and you really should do) then argue from a position of knowledge.

You can download the Regents report here: The UK & Europe: Costs, Benefits, Options Regents Report 2013.  this is what The Observer said about the report back in November: