Within hours of the death of Antonin Scalia at the weekend, the leader of the Republican party in the US Senate, Mitch McConnell, issued a statement saying President Obama should not be allowed to appoint a new justice to the Supreme Court and called upon his party to block any attempt by the president to do so. 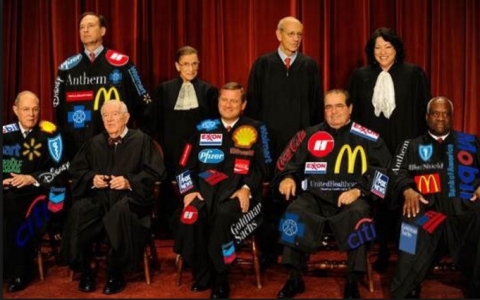 As so often with McConnell and co, this was pure political calculation because the highest court in the US is also riddled with political bias and before Scalia passed its membership favoured Republican free market interpretations of the US constitution. An Obama nominee would almost certainly be a liberal leaning judge who would likely change the balance to favour progressive views which, in turn, could result in some earlier SCOTUS decisions being overturned. In particular, the scurrilous decision in 2011 to equate money with speech in the infamous Citizens United decision which effectively removed any limits on campaign finance so that it now takes over US$1 billion to be elected President.

McConnell and his cronies have decided that a convention known as the Strom Thurmond rule applies in this situation. This ‘rule’ suggests that a president in the last six months of his or her term should not be allowed to make lifetime appointments to the Supreme Court – for the record Obama’s presidency ends in January 2017.  This is a breathtaking 180 degree turn from the same Senator McConnell’s opinion in 2008 during George W Bush’s last year as president when he said

To watch the clip you need to type or copy and paste the password: imincorrigible