“Just when you thought Donald Trump couldn’t possibly get worse, he did. The RNC reportedly told Trump to give condolences and then shut up, but that was clearly ignored. Now, Republicans are quickly understanding that anything would have been better than what Trump has said in the wake of the Orlando shooting.

Seth Meyers said Tuesday evening on “Late Night” that Trump is like if Joseph McCarthy was exposed to gamma radiation and became a racist orange Hulk with tiny hands.

Meyers began with the news that Trump has revoked the credentials of the national newspaper the Washington Post. This adds to the growing list of outlets that include Politico, The Huffington Post, BuzzFeed, The Daily Beast and Univision.

“By election day, the only media outlet that’s going to be allowed on Trump’s campaign will be the National Enquirer and ‘Rich Pricks Monthly,’” Meyers joked.

The fact that Washington Post cost Trump $1 million last month ago didn’t have anything to do with it. Instead, Trump was angry that the newspaper reported his suggestion that President Barack Obama somehow assisted the Orlando terrorist who killed 49 people in an LGBT club Sunday morning. 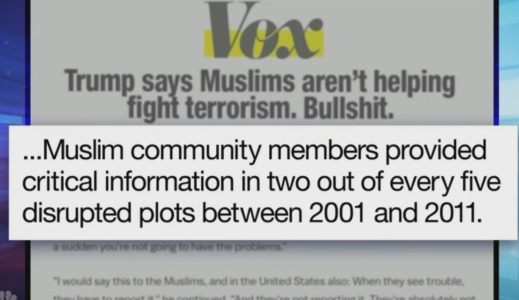 “Trump is stoking fear and spreading hate and this is important,” Meyers urged. “We can’t become immune to it. We cannot allow it to become normalized. Which is why we need a robust, independent press like the newspapers Trump banned from his campaign to challenge the fearmongering and provide us with sober clear-eyed reporting. Otherwise, we’re going to have to get all of our news from ‘Rich Prick’s Monthly.’”