If the polls are to be believed, the outcome of the forthcoming EU referendum is finely balanced. For reasons that are apparently obvious to many, but which this commentator is wholly in the dark about both sides of the debate have decided that name recognition will be critically important to the British public’s decision on 23rd June. 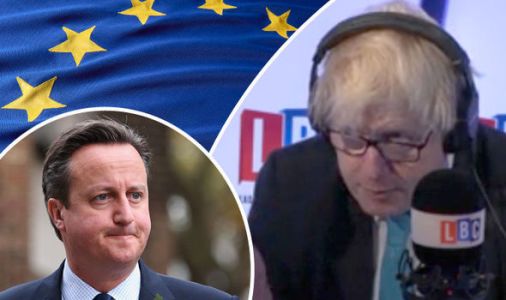 For the Remain campaign it has been assumed that David Cameron has the political clout to sway most Tories to accept his ‘renegotiated’ engagement with the EU and, for the Leave brigade, it’s Boris Johnson. Mr Johnson’s failings and, in the view of this blog, quasi-criminal activities have been widely reported, and his opening salvo with a speech for Vote Leave was rightly ridiculed for its utter contempt for facts – indeed he simply lied repeatedly.

But his Brexit lies will probably form the basis of a separate post in the coming weeks.

For now, it is James O’Brien’s astute analysis of Boris’ self-declared ambition to be “King of the World” that is the focus of this post.

“Everyone is entitled to his own opinion, but not to his own facts”
Senator Daniel Patrick Moynihan

Note: the following is from an earlier blog post and more recent data is available, however, much of what is contained in the Regent’s report remains valid as of today.

If you would like to acquaint yourself with some facts about the EU rather than the dishonest claims of UKIP and the vehemently pro-EU lobby you should download the Regents report.  If you want to have an opinion on the EU debate (and you really should do) then argue from a position of knowledge.

You can download the Regents report here: The UK & Europe: Costs, Benefits, Options Regents Report 2013.  this is what The Observer said about the report back in November: